The History of Smoothie King (And What’s Coming Back)

The History of Smoothie King (And What’s Coming Back) 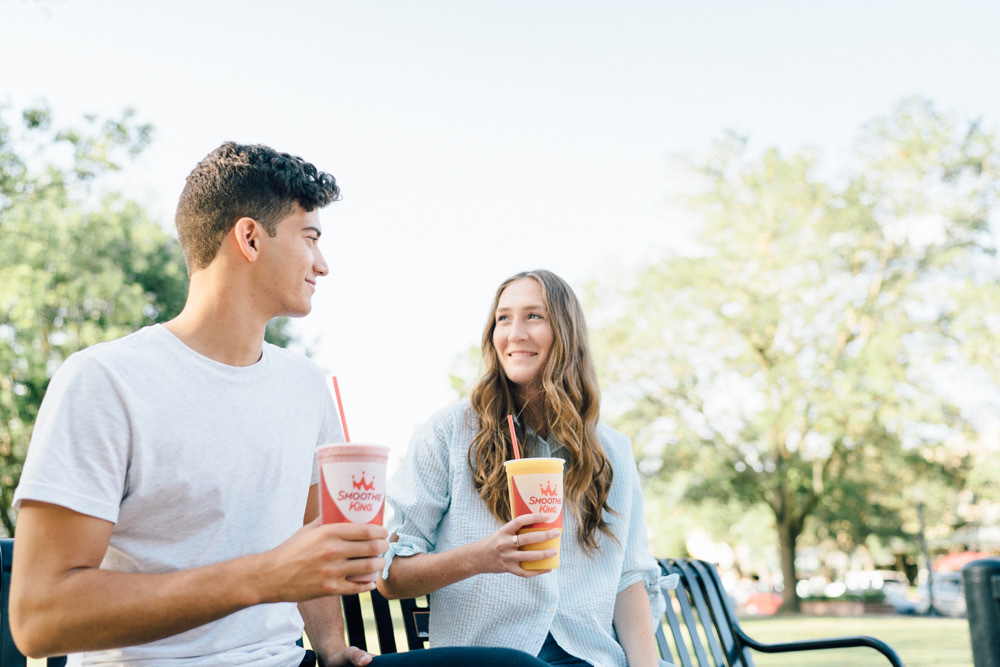 You probably know Smoothie King as the international, health-focused smoothie company with over 1,000 locations, serving delicious smoothies and encouraging people to live purposefully across the globe. Since our inception, we have believed that proper health helps us get the most out of each day, which has inspired us to craft our smoothies with non-GMO fruits and vegetables.

While our mission has never changed, Smoothie King had to start from somewhere. Keep reading for the full story of Smoothie King's history.

When Did Smoothie King Start?

His custom blends were successful and then some. Steve’s health improved so dramatically that he became a true believer in good nutrition through healthy smoothies. And so, the idea for Smoothie King was born.

In 1973, Steve opened his first health food store in New Orleans, Louisiana. Accompanied by his wife, Cindy Kuhnau, Steve sold vitamins along with his favorite blends.

In March of 1989, Steve and Cindy founded Smoothie King® Franchises, Inc. with a vision to educate people about health and nutrition one smoothie at a time. What had begun as a quest to take charge of their own health through nutrition was now a growing company with a bright future.

In 2001, Wan Kim, Smoothie King’s brand owner, first discovered our smoothies while studying at the University of California at Irvine. Wan was immediately hooked. Not only was he impressed with the high quality of the products, but he was inspired by the company’s approach to health and wellness.

A few years later, after moving back to Seoul, Wan opened Smoothie King’s first international store. The franchise effort was a success, as Wan proceeded to grow the Smoothie King brand to more than 130 locations in South Korea.

In July 2012, the Kuhnaus sold Smoothie King to Wan Kim. Since then, Smoothie King has grown to more than 1,100 units in 33 states, the Caymans, Trinidad, and the Republic of Korea.

In 2014, we updated our logo to feature a red crown that symbolizes more than meets the eye. The points of the crown are three people with an extended hand, representing a sense of community. A genuine commitment to helping our guests live better lives and ruling the day through nutrition is the real story behind Smoothie King’s success.

Launching the Rule the Day™ Initiative

In 2019, we continued our rebranding efforts by launching the Rule the Day™ initiative, which features everyday habits that encourage people to live purposefully. Smoothie King is committed to helping everyone along their health and fitness journey by making blends with whole fruits, organic veggies, and none of the additives on our No-No List.

We promise to encourage you in your pursuit of a healthy, active lifestyle and to make smoothies that nutritionally support your health and fitness goals.

Back in 1973, Steve Kuhnau started it all with a simple combination of fruits: strawberry and banana. He called it the Angel Food smoothie, his first blend.

This summer, we’re going back to our roots and honoring the blend that started it all. Joining our “Enjoy a Treat Blends” lineup, the Angel Food smoothie is back and better than ever. Loaded with bananas, strawberries, nonfat milk, and turbinado, Angel Food is a great way to reward yourself without compromising on whole ingredients.

You can also add extra enhancers, such as protein or electrolytes, to get an additional health kick from your smoothie. Like all our smoothies, the Enjoy a Treat Blends are made without high-fructose corn syrup, hydrogenated oils, or artificial colors, flavors, or preservatives. Sometimes, you deserve a sweet reward.

Go ahead and treat yourself to the original Angel Food smoothie (also available in a “Slim” option).

Rule the Day with Smoothie King

There you have it; that’s Smoothie King’s history! At Smoothie King, we valued our guests’ health and fitness goals then, and we value them now. That’s why we spent over five years and 15,000 hours researching and developing nutritious and flavorful blends to help you reach maximum physical performance. We aim to be transparent about the ingredients we use in our smoothies and the ones we promise to keep out. See for yourself! Click here to view our extensive line of delicious smoothies.

Next
Back to Stories